There were 434 reported cases of HIV infection among Singapore residents in 2017. Of these cases, 94% were male and 6% were female, and 71% were between 20 to 49 years old. Among ethnic groups, 69% were Chinese, 19% were Malay, 6% were Indian and 6% from other ethnicities.
Sexual intercourse remains the main mode of HIV transmission, accounting for 96% of all cases. Heterosexual transmission accounted for 36%, while 51% were from homosexual transmission and 10% from bisexual transmission.  The number of new HIV cases among Singapore residents has remained consistent at about 450 per year since 2008. These are the latest statistics published by the Government Technology Agency of Singapore, which analyzes data provided by the Ministry of Health.
FIND A DOCTOR | MAKE AN APPOINTMENT

What’s the difference between the two?

HIV is a virus that causes weakening of the body’s immune system. It does so by destroying white blood cells that protect against bacteria, viruses and other harmful pathogens. Without these white blood cells, the body is will no longer be able to defend itself effectively against such infections.
AIDS refers to a spectrum of potentially life-threatening conditions that are caused by the virus, and is the end stage of HIV infection.

How does HIV progress to AIDS?

HIV infection undergoes 3 stages. The first stage (Acute Stage) may present with flu-like symptoms, fever and a rash. The second stage (Latent Stage) may present with lymph node swelling, but most patients may not have any symptoms at all. The second stage can last anywhere from a few years to over 20 years. Thus, many HIV-infected patients, especially during this stage, may not even know that they have contracted HIV. Last but not least, the third stage is the presentation of AIDS.
Without adequate treatment, up to 50% of HIV-infected patients develop AIDS within 10 years. Elevated levels of HIV affect the patient’s immune system and prevent it from functioning properly, eventually leading to AIDS. This may result in the individual being more prone to infections. Patients may develop symptoms such as prolonged fever, tiredness, swollen lymph nodes, weight loss and night sweats. Various virus-induced cancers, and opportunistic infections such as tuberculosis and recurrent pneumonia may occur, and these are the leading causes of death worldwide in patients with AIDS.

Who should test for HIV?

Everyone! It is recommended by the United States Centre for Disease Control and Prevention (CDC) that everyone between the ages of 13 to 64 should undergo HIV testing at least once as part of your routine healthcare. However, if your behaviour still puts you at risk even after getting tested, you should consider getting tested again at some point later on. People who engage in higher risk activity should get tested regularly.

Are you at risk?

If you answer “yes” to any of the questions below, you should get a HIV test if not done recently.

What are some of the HIV tests available?

There are four types of HIV tests available.
1. Nuclecic Acid Test (NAT)
Also know as a HIV viral load test, this test looks for the actual virus in the blood. If the result is positive, the test will also show the amount of virus present in the blood. NAT is very expensive and thus not routinely used to screen individuals unless they recently had a high-risk or possible exposure and there are early symptoms of HIV infection. NAT is usually considered accurate during the early stages of infection. However, it is best to get an antibody or antigen/ antibody test at the same time to help in the interpretation of negative NAT result. Taking pre-exposure prophylaxis (PrEP) or post-exposure prophylaxis (PEP) may also reduce the accuracy of NAT.
NAT is able to detect HIV in the blood as early as 1 to 4 weeks (7 to 28 days) after infection.
2. Antigen/ Antibody Test
Also known as a fourth-generation or combination test, this test looks for both HIV antibodies and antigens. Antibodies are produced by the immune system when one is exposed to bacteria or viruses like HIV. Antigens are foreign substances that cause the immune system to activate. In early HIV infection, an antigen called p24 is produced even before antibodies develop.
The fourth generation test is able to detect HIV in the blood 2 to 6 weeks (13 to 42 days) after infection, and is most accurate after a 28-day window period.
3. Antibody test
This is also known as a third-generation test. As mentioned before, antibodies are produced by the immune system upon exposure to bacteria or viruses like HIV.
The antibody test is able to detect HIV in the blood approximately 97% of people within 3 to 12 weeks (21 to 84 days) of infection. If a positive HIV result is obtained from any type of antibody test, a follow up test is required to confirm the result.
4. HIV Pro-Viral DNA Test

It can be used for situations where the diagnosis of HIV is challenging. It has a lower false positive rate compared to the HIV RNA PCR test when used for diagnosis and it can be done 10 days post exposure.

Can you share the 4 most common myths about HIV?

1. HIV is a death sentence.

This may have been the case several decades ago, where without prompt and adequate HIV treatment, the infection progresses and causes the immune system to weaken, leading to AIDS. However, thanks to advances in modern medicine, most HIV-infected patients today are still able to lead healthy, productive lives and may never develop AIDS.

2. HIV can spread by kissing, sharing of food or close contact.

It is extremely unlikely to contract HIV via these methods as HIV is not spread by saliva. However, if the person you are in contact with has mouth sores/ulcers, bleeding gums or open wounds then there is a possible risk. HIV is spread by 3 main routes: sexual contact, significant exposure to infected body fluids such as semen, blood, vaginal secretions or breast milk, and lastly, mother-to-child transmission.

3. HIV can spread through mosquito bites.

This is completely untrue as the virus cannot survive and replicate within the mosquito’s body.

4. There is no need to use a condom during sexual contact if both partners already have HIV.

Different strains of HIV exist. If two HIV-infected partners are carrying different strains of HIV, having unprotected sexual intercourse may result in the exchange of these strains, leading to re-infection. Treatment in this situation becomes more difficult as the new HIV strain may be more resistant to the current treatment, or cause the current treatment to become ineffective.

What are the 4 things (facts) we should all know about HIV that we probably don’t know already?

Speak to our doctors for professional advice or if you wish to find out more information on HIV and AIDS.
FIND A DOCTOR | MAKE AN APPOINTMENT 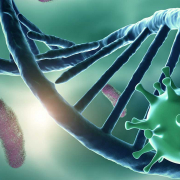 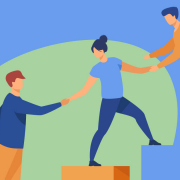 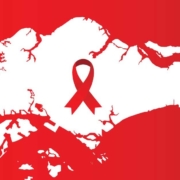 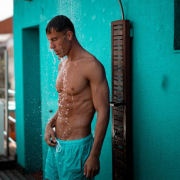 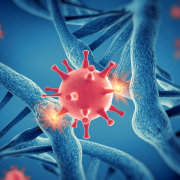