Last week, I was queuing with a friend at a cooked rice stall for dinner. When it was my friend’s turn to order, I noted that he ordered an additional portion of rice. He usually does not do that; in fact, he usually asks for lesser rice as he is rather health conscious.
I asked him casually if he was particularly hungry that evening. His response shocked me. He said “I am not that hungry, but I read in the newspaper that eating more rice will help fight obesity”
I was baffled. How would eating more rice help someone lose weight? My years as a doctor has taught me otherwise. In fact, I tell my patients on a regular basis to reduce their portions if they are trying to lose weight. I corrected my friend but was met with resistance. He defended his statement by saying that the article was based on a study published in a European journal and that the newspapers couldn’t possibly be wrong. Having not read the article myself, I told him I would find the article, read it, and get back to him.
That night, I went home and found the Straits Times article published 1st of May 2019, titled “More grain, less gain? Eating rice helps fight obesity: Study”

After reading it, I realised that the article could be very easily misinterpreted.

Weight gain or loss can be easily explained through a concept known as caloric balance (intake vs. output). It really is just an equation where
Caloric balance = Energy intake – Energy output
What this equation means is that if you expend more energy than you take in from food, you will have a negative caloric balance. After a period of negative caloric balance, you will lose weight. If you expend 500 more calories than you take in every day, you will lose about 2kg in a month.
By this logic, eating more rice would mean more calories, which would mean weight gain. So why did the article say eating rice fights obesity?
What the article did not emphasize was the above concept of caloric balance.

What it could possibly have focused more on was that eating more rice as part of your diet (versus eating more rice in general) might help fight obesity. The authors of the paper hypothesized that eating rice, as compared to eating other forms of food such as meat, would help you feel full for longer, and thus you would eat fewer calories overall. In other words, eating 500 calories worth of rice, as compared to 500 calories worth of e.g. meat, would keep you full for longer and thus you would possibly eat less. If my friend had misread this, I wonder how many more Singaporeans might have interpreted it that way as well.

On the topic of rice, another important thing to mention is the concept of Glycemic Index (GI). GI is a number assigned to carbohydrates in foods according to how they affect your blood sugar levels.
Carbohydrates with a low GI are more slowly digested, absorbed and metabolised – they cause a lower and slower rise in blood sugar. We know that spikes in sugar levels from ingesting high GI food causes your body to produce insulin in spikes as well. These insulin spikes, in the long run, can contribute to the development of diabetes.

In the National Day Rally speech of 2017, Prime Minister Lee Hsien Loong spoke about how white rice has a higher Glycemic Index than brown rice, and that we should take carbohydrates with a lower GI.  In essence, taking brown rice or whole grain rice is better than white rice.

In that same speech, PM Lee also mentioned some statistics about our caloric intake. In 1998, we ate on average 2100 calories a day, which is about the right amount if you are not a very active person. Fast forward to 2010, we are taking in 2600 calories a day – a positive caloric balance of 500 calories a day. This is why the prevalence of obesity is rising in our population.

So why do we have to care? Obesity is a national health problem. The Singapore Burden of Diseases study found that obesity-related diseases had the largest impact on health in terms of suffering and cost. Obesity is also the largest single contributor to the national disease burden of diabetes. On the social front, obesity can affect your self-esteem and body image, causing psychological stress.
READ: Getting Heart A

ttack at a Young Age
The latest figures from the Ministry of Health (MOH) showed that in 2017, 36.2% of Singaporeans aged 18-69 were overweight. 13% of school-going children were overweight as well. A World Health Organisation (WHO) report in 2014 showed that in Singapore, we have the second highest overweight prevalence in South East Asia; Malays have the highest incidence of obesity, followed by Indians, then Chinese.
Obesity is a key contributor to a group of conditions known as metabolic syndrome. It includes conditions such as high cholesterol, high blood pressure and diabetes. With these chronic conditions, people are predisposed to developing many other diseases including ischaemic heart disease, heart attacks, strokes and peripheral vascular disease. It is important to note that you should go for your regular health screenings for conditions of metabolic syndrome. They can be easily picked up by your doctor. If you feel you need help in losing weight, speak to your doctor about it too.

So how can we lose weight then?

In summary, you need a caloric deficit. You can increase your caloric deficit by dieting (eating smaller portions) and eating healthier.
You can also increase your physical activity and thus energy expenditure. Inferring from the newspaper article, you could also swap out that piece of steak for some rice. Preferably brown. 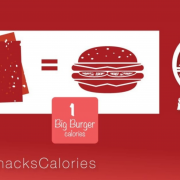 How Many Calories in CNY Snacks

What You Should Know about Intrauterine Device (IUD) Scroll to top