Sex During Period: Women get their periods about once a month, with each period lasting about five to seven days. This adds up to about two to three months’ worth of bleeding in a year.
While some women and their partners may shy away from sex during this time (either due to psychological discomfort or for hygiene or religious purposes), others are unfazed and continue with their regular sex lives, menses or not.

Are there real medical reasons to avoid sex during menses? Or are there benefits to coitus during menstruation?

Myth: It is not possible to get pregnant if one has sex while on her period.

One of the common misconceptions is that if one has unprotected sex during menses, pregnancy will not occur. While the probability of this happening is low, it is NOT zero; pregnancy is still possible.
Sperm can survive in the body for up to 5 days. Ovulation usually occurs 14 days before one’s period starts.
In women with shorter menstrual cycles, ovulation occurs earlier on in the cycle, e.g. someone with a menstrual cycle of 24 days would be ovulating around day 10.
It is theoretically possible that one could get pregnant from sex towards the end of one’s period because the sperm survives long enough to fertilise the egg which is released a few days after.
The safest option is to always use some form of contraception, period or not.

Another concern is about sexually transmitted infections.
As with regular sex, sex during menses carries the risk of sexually transmitted infections.
Menstrual blood can carry blood-borne STDs like HIV, Hepatitis B and C. Other STDs which reside in the genital tract, like Chlamydia and Gonorrhea, can be transmitted as well.
There is also some possibility that there may also an increased risk of serious infections like pelvic inflammatory disease occurring as a result of sex during menses, because the cervix is more open during this time and bacteria can track upwards to infect the womb and fallopian tubes, but there is no definite research to conclusively support this.
Either way, STDs are a real risk which can be reduced by observing safe sexual practices and using barrier protection.
There is also a risk of yeast infections or bacterial vaginosis occurring as a result of a disruption to the natural microbiological balance in the vagina, as menstrual blood can act as a medium for bacterial growth.

What about the benefits of sex during menses?

While some may find menstrual blood makes things a little messy, it also acts as lubrication, facilitating more pleasurable or comfortable intercourse.
Uterine contractions from orgasm can also potentially reduce menstrual cramps (dysmenorrhea).
Endorphins (“feel good” chemicals) are also released during intercourse.
Ultimately, the decision to abstain or have sex during one’s menstrual period is up to you and your partner.
From a medical standpoint, as long as safe sexual practices are observed, there is no real reason to shy away from sex during period. 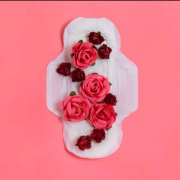 Menstrual cramps? Period Cramps? What is The Causes of Dysmenorrhea

Enlarged Prostate – What you need to know

What is Chronic Pelvic Pain Syndrome? Scroll to top