An article was recently published in the Straits Times on 17th July 2019 titled “Weekly dengue cases hit 3 1/2-year high”. This is the latest in a series of news articles over the past few months reporting about the resurgence of dengue cases in Singapore. Make no mistake, dengue fever is back and it is on the rise.

The numbers so far..

According to figures released by the National Environment Agency (NEA), 666 dengue cases were recorded between 7th to 13th July 2019. This is the highest weekly total since January 2016, and brings the overall total to 7,374 dengue cases this year. This is a staggering five times more than the 1,481 cases recorded by this time last year. Sadly, dengue fever has also claimed five lives so far this year.
Our country has weathered dengue epidemics before in the past. A total of 14,209 and 8,826 dengue cases were recorded in 2005 and 2007 respectively. The highest ever single-year total was 22,318 cases in 2013, with eight fatalities. In contrast, dengue infections fell to a record 16-year low in 2017 with 2,772 cases, while 2018 had 3,285 cases.
Based on the number of cases so far this year, it is undeniably worrying that we could be heading towards another dengue outbreak.

Why the recent resurgence in Dengue Fever?

Experts believe that this is due to a combination of three main factors: The Aedesmosquito population, the strength of the virus, and immunity of the general population.
The Aedesmosquito population has been noted to be increasing over the past months, with the majority of breeding sites found in homes. Herd immunity is also generally low in Singapore and is likely to have further weakened given the low incidence of dengue cases in the past two years.

The link between Climate Change and Dengue Fever

On a larger scale, global warming may play a detrimental role in dengue transmission. A study was recently published in the journal Nature Microbiologyon 10th June 2019, stating that with rising temperatures, mosquitoes are able to thrive in places where they previously were unable to, thereby expanding the range of dengue fever. Also, warmer temperatures reduce the time taken for an Aedes mosquito to mature into a biting adult.
The study predicts that by 2050, parts of the world that may become dengue-suitable include coastal eastern China and Japan, southeastern USA, central Mexico, northern areas of Argentina, inland areas of Australia and southern Africa.
The study also forecasts that 2.25 billion more people will be at risk of dengue in 2080 compared to 2015, bringing the total population at risk to over 6.1 billion, or 60% of the world’s population.

A Recap of Dengue Fever

Dengue fever is a vector-borne disease caused by the dengue virus, and is carried and transmitted by the bite of an infective female Aedesmosquito. When a mosquito bites a person infected with the dengue virus, the virus enters the mosquito. Thereafter, it remains infective for the rest of its lifespan. Dengue fever does not spread from one person to another.
There are four types of dengue virus circulating in the world, including Singapore. This means that individuals can be infected with dengue up to four times. First-time dengue infections can be severe, especially among the elderly and those with pre-existing medical conditions. Repeat dengue infections are usually more severe, with high risk of developing dengue hemorrhagic fever (DHF) and dengue shock syndrome (DSS), both of which can be fatal.

Up to 75% of dengue infections are asymptomatic. If symptoms do occur, they develop after an incubation period ranging from 3 to 14 days, and include the following:

Most people recover within about 1 week or so, but less than <5% of all cases, the symptoms can worsen and progress into DHF and/or DSS, which is a life-threatening emergency. They include the following:

Your doctor will take a detailed history, in particular, any recent travel history, as well as any contact you may have had with mosquitoes. Dengue fever is diagnosed via blood tests for dengue profile and full blood count.

There is no specific treatment for dengue fever. Instead, treatment for dengue is mainly supportive and depends on the symptoms present. It is recommended to drink plenty of fluids in order to avoid the risk of dehydration. Those who are able to stay well hydrated, are passing urine, and otherwise feeling well, can be managed at home with daily follow-up. Paracetamol can be taken to alleviate pain and reduce fever, but non-steroidal anti-inflammatory drugs (NSAIDs) such as Naproxen and Ibuprofen should be avoided as they can increase the risk of bleeding complications.
Patients who have pre-existing health conditions, “warning signs” of severe dengue fever, or cannot manage daily outpatient follow-up, should be cared for in hospital. Intravenous fluid and electrolyte replacement, platelet and/or blood transfusions may be required.

The key to reducing dengue fever transmission is by controlling the mosquito population and human exposure. On a national level, Singapore has teamed up with other countries to observe ASEAN Dengue Day, which is part of a concerted effort committed to reducing the burden of dengue fever in the region.
The NEA, various agencies and Town Councils are part of an Inter-Agency Dengue Task Force (IADTF), which works to remove potential mosquito breeding habitats containing clean, stagnant water sources in public areas and housing estates.
All members of the public are also strongly encouraged to do their part in preventing and removing such breeding habitats. The NEA advocates people to perform the Five-step Mozzie Wipeout, which is as follows:

Some precautions that you can take to prevent getting bitten by mosquitoes are:

The above advice applies also to persons who have been infected with dengue fever.

Speak to your doctor for more information or if you have any questions regarding Dengue Rapid Testing or other Dengue related topics: Dengue in the era of COVID, Dengue Fever Symptoms? Dengue Fever What You Need to Know, Why the recent resurgence in Dengue Fever?, ZIKA IS AN STD!! – Battling the STD Stigma 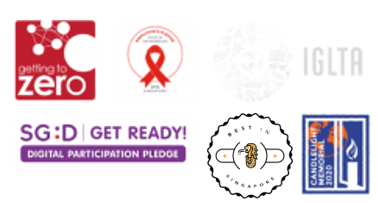 Is HPV Vaccine Necessary for Males? Scroll to top