What is Androgenic Alopecia

Having a full head of hair is extremely important to many people. It allows one to feel and appear younger, and also gives the perception of attractiveness, confidence and vitality. The average person sheds up to 100 hairs a day and this is usually not noticeable as new hair is growing at the same time. However, shedding more than 100 hairs a day is considered to be abnormal. If left untreated, gradual thinning of the scalp or patches of hair loss may occur with time. 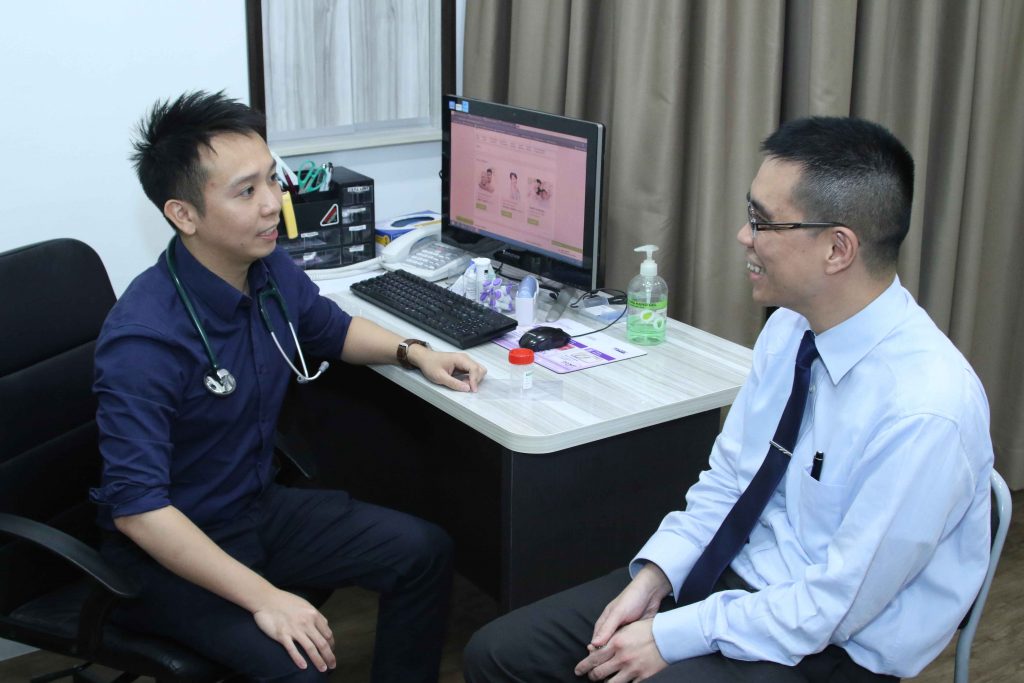 There is a multitude of causes of hair loss. In this article, we will focus on androgenic alopecia. 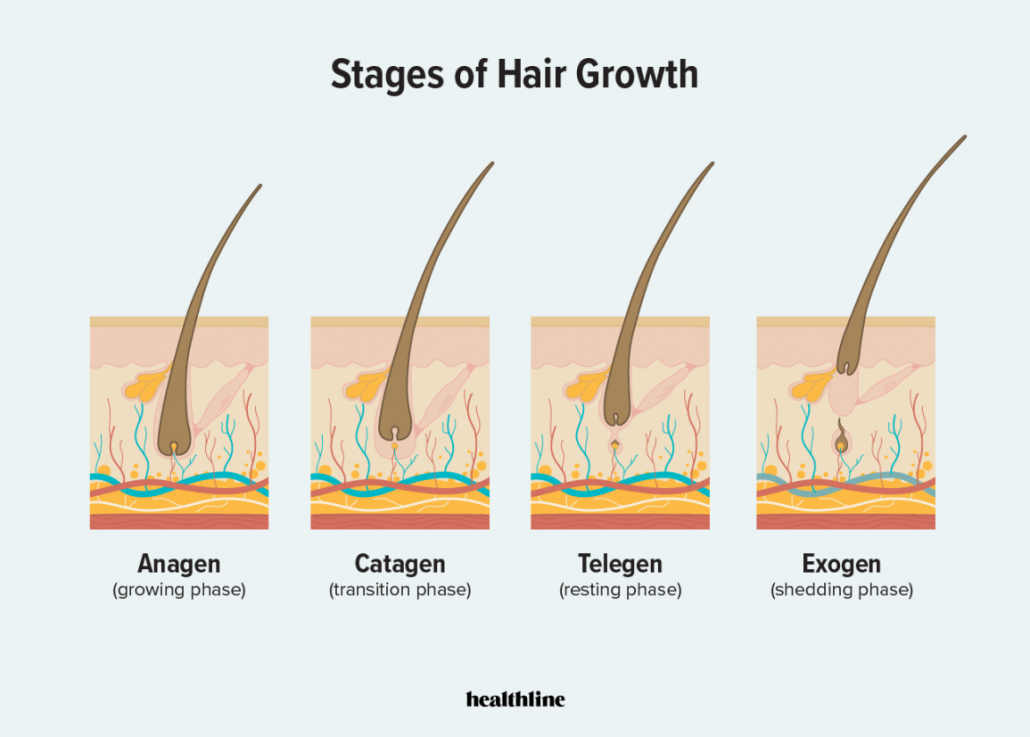 The growth cycle of a hair consists of 3 stages:

Hair grows from the follicle at a rate of 1-2 cm per month. This phase typically lasts 3-5 years.

This is a short transitional period and lasts approximately 10 days. The hair follicles are preparing for the next stage.

Older hairs are released and fall out. The hair follicle becomes inactive for a period of approximately 3-4 months, and the whole process is then repeated. Each hair follicle is independent and goes through the growth cycle at different times, otherwise, all your hair would fall out at once.

Genetics determine the growth pattern of our hair follicles. As we age, hair follicles are programmed to stop producing hair and spend more time in the resting stage.

What is Androgenic Alopecia?

Androgenic alopecia is the most common cause of hair loss in both men and women. It is caused by a combination of 3 factors – age, testosterone and hereditary. The incidence is greater in males than in females. Symptoms can appear in men as early as their teens to early 20s, as compared to women who tend to be in their 40s or later.

Testosterone levels should be checked in a woman with androgenic alopecia if she also has acne, irregular menses and facial hair, as this may indicate an underlying condition known as polycystic ovary syndrome.

Signs and Symptoms of Androgenic Alopecia

In men, hair loss occurs in a characteristic pattern, starting with a gradual receding hairline above the temples, which subsequently forms an ‘M’ shape. Thinning of the crown (the top of the head) also occurs. Over time, these areas of hair loss meet and in the advanced stages, only a rim of hair at the sides and back of the head remain.

In women, the hair becomes diffusely thinner all over the head, and the hairline does not recede. The hair loss is often first noticed at times of hormonal change, for instance, on stopping oral contraceptive pills. 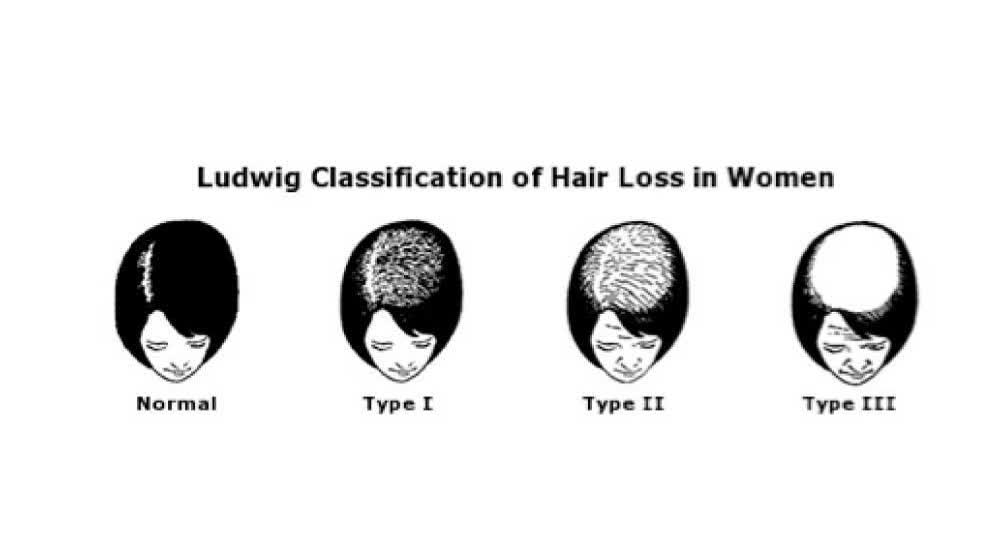 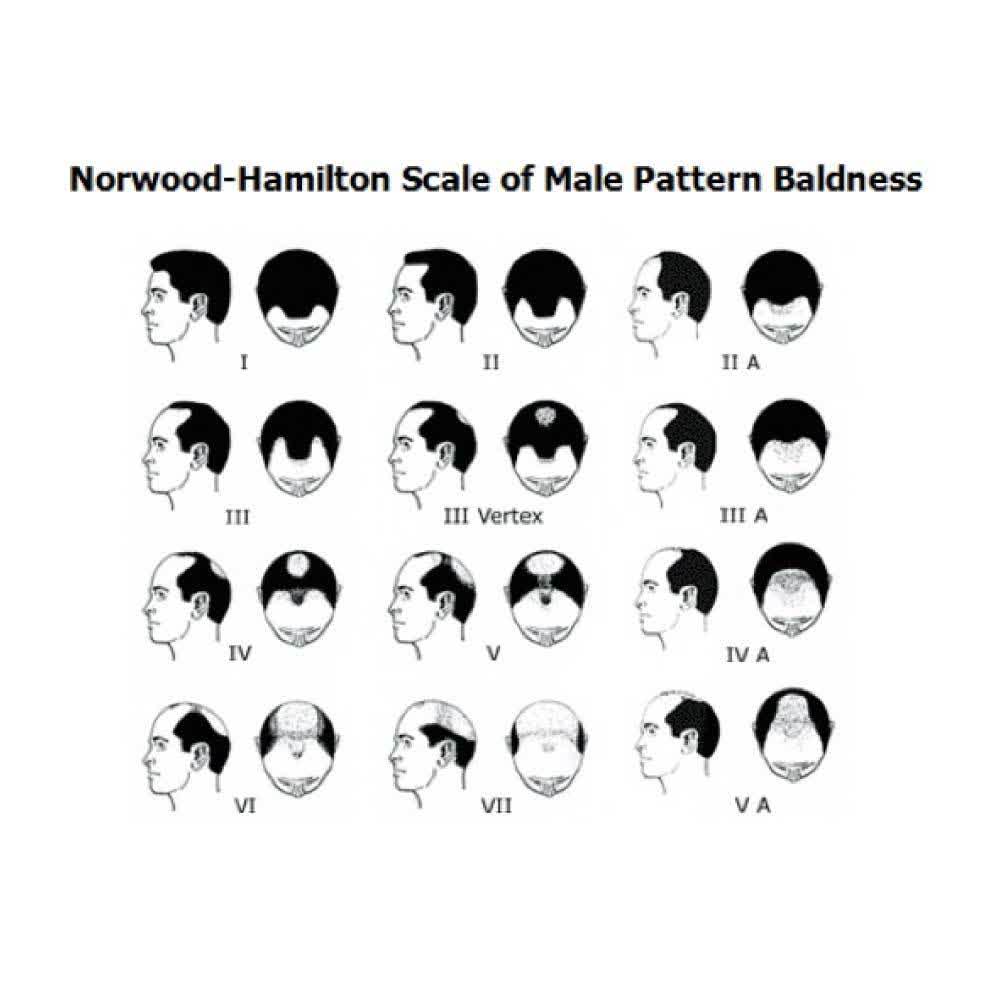 With modern advancements in medicine, there are treatment options available to help combat hair loss. One does not have to surrender to the idea that losing their hair is inevitable or resort to using wigs or toupees in order to try to preserve their crowning glory.

The available treatments include:

These are usually in the form of spray, lotion, serum or foam, and are suitable for both men and women. The most well known topical medication is called rogaine or minoxidil. It is applied directly onto the scalp to aid stimulation of hair growth and slow down the rate of hair loss. Improvement is typically seen after 3 to 6 months of continued usage and the effect stops once the medicine is discontinued. Minoxidil can cause undesired side effects of scalp irritation or increased facial or body hair.

Propecia, or finasteride, is a daily medication suitable for men only. It blocks the action of 5-AR, therefore decreasing the amount of testosterone conversion to DHT. Taken correctly, it is more effective than topical minoxidil, with the best results seen over the crown or top of the head. Propecia also requires several months of usage before the effects can be noticed. Side effects can include reduced libido, erectile dysfunction and impotence.

LLLT is a safe and effective non-invasive therapy. The treatment comes in the form of a helmet-like device, which is worn in the comfort of your own home 3 to 4 times a week. It employs a combination of red laser and LED light diodes, which is absorbed into the cells and triggers enhanced cellular activity in the hair follicles. There is no heat generated and is painless. The therapy requires at least 3 to 4 months of usage before effects are seen. LLLT is compatible with other hair loss treatments.

Regenera Activa is a minimally invasive treatment that harnesses regenerative cells obtained via micrografts from the nape of the neck, and then carefully re-injecting them into the areas of hair loss on the scalp. The treatment is entirely autologous, i.e. only using cells extracted from your own body, and is thus very safe with no significant side effects. For patients who are not keen on topical or oral medications because of the risk of side effects, this is a good alternative. However, Regenera Activa is also compatible with other hair loss treatments.

Regenera Activa is a single treatment that takes approximately 45 minutes, with minimal down time. Visible results can be expected within a few months of treatment, with an overall improvement in hair count, density and thickness. Studies have shown that the results can last up to 3 years.

It is important to note that the above-mentioned treatments are only effective in the early to mid-stages of androgenic alopecia. In the late stages, the hair follicles are dead and at that point, there is not much that can be done aside from undergoing a hair transplant.

If you are interested in this service and wish to find out more, please call or visit our clinics or drop us an email at hello@dtapclinic.com.sg

If you are experiencing any symptoms, or have any concerns or questions about Androgenic Alopecia, Please call our clinics or drop us an email at hello@dtapclinic.com.sg for an appointment.