With over 43,000 HIV & STD tests done, DTAP clinic can help you detect sexually transmitted diseases and infections accurately and reliably.

Preserving patient confidentiality is our utmost priority. Therefore HIV test or treatment reports will NOT be snail mailed by post. Results can be communicated via phone or email.

During the private consultation, you can speak to our doctors about your HIV-related concerns. The doctor will then recommend the correct HIV Test or STD test.

Our registered doctors will administer the necessary STD or HIV screening tests, which are approved by the Health Sciences Authority (HSA) of Singapore.

HIV survives in certain body fluids such as semen, pre-seminal, vaginal fluids, rectal fluids, breast milk and so on. The HIV infected body fluids must come in contact with mucosa membrane, damages tissues or injected in the bloodstream for transmission to occur.

HIV is most commonly sexually transmitted through unprotected sex with an HIV infected individual.

HIV can be transmitted through:

The HIV window period is the time between potential HIV infection and the time an individual can get tested with an accurate result.

When a HIV test or screening is done during the window period, a person may be infected with HIV but the test result will be reflected as negative. This is called a HIV false negative result.

Different HIV tests have different testing window periods, as they will detect different indicators of HIV during the HIV development cycle.

Our doctors will advise you on the most appropriate HIV screening test based on your risk assessment and time frame from possible exposure.

For accuracy and sensitivity, all of DTAP’s STD & HIV Testing clinics use only the most current lab tests that are validated and in line with international Standards. DTAP’s rapid HIV test kits are Health Sciences Authority (HSA) approved.

Both male and female doctors are available at DTAP HIV clinics. They are experienced and undergo training regularly in order to competently handle a wide range of STD-HIV related medical issues.

DTAP provides a discreet, comfortable and private environment for you to discuss your STD/HIV related medical matters.

HIV Pre-Exposure Prophylaxis (PrEP) is an HIV preventive treatment that uses anti-HIV medications to greatly reduce the risk of infection.

It is recommended for anyone who engages in high-risk activity – this usually includes men who have sex with men, men who have sex with commercial sex workers, and among people who inject drugs. Most of the time, PrEP is taken daily as a single pill of a combination of 2 anti-HIV medications – if taken properly, this can reduce the risk of contracting HIV through sex by more than 90%.

There are also other ways that PrEP can be taken, including as Event Based Dosing (EBD), Holiday PrEP, and with the T’s and S’s regimen.

Even while on this medicine, we will still strongly advise the patient to continue practicing safe sex and get regular HIV tests. HIV PrEP does not prevent other STDs.

HIV Post-Exposure Prophylaxis (PEP) is a course of anti-HIV medications that can be started within 72 hours of a possible exposure to prevent or reduce the risk of HIV infection.

It can stop the virus from taking hold in your body before it becomes a full infection. Remember that there is no HIV testing or screening available that can detect HIV from 1 to 10 days after exposure – this is called the eclipse period. As such, there would be no way of knowing whether or not HIV transmission has occurred until it is too late to prevent. This is why PEP is so important to prevent HIV.

We use the first-line, WHO and CDC-recommended medication regimen for PEP. If started within 72 hours from exposure, this can reduce the risk of HIV transmission by more than 90%.

You may text or Whatsapp this hotline in Emergency situations, and a DTAP Singapore personnel will reply as soon as possible to arrange an appointment with our doctor, even after clinic hours.

DTAP Singapore’s doctors will counsel you on the suitability of PEP, potential side effects, and may need to perform a rapid HIV test (to ensure there is no previously established infection) and baseline blood tests for kidney and liver function as well. The doctor will also counsel on other STD risks, testing, and treatment or prevention as needed.

The PCR RNA HIV test is used to detect HIV viral copies at the very early stage of HIV infection before antibodies have developed. It is the earliest way to detect an HIV infection and can be used accurately from 10-12 days post-exposure. The HIV PCR RNA test is also used to test for HIV Viral Load counts for people living with HIV and who are undergoing HIV treatment with Highly Active Antiretroviral Therapy (HAART). This test can be performed at all of our clinics; however, it cannot be performed anonymously. Anonymous HIV testing (AHT) can only be performed at our Robertson Walk clinic with our Rapid 3rd or 4th Generation HIV Screening Test kits.

It can be used for situations where the diagnosis of HIV is challenging. It has a lower false positive rate compared to the HIV RNA PCR test when used for diagnosis and it can be done 10 days post exposure.

Once HIV Antibodies start to form, the p24 antigen levels will drop and become undetectable again – this process is known as seroconversion. Very few people will have a delayed seroconversion, where p24 antigen levels do not drop because antibodies are not being formed – however, as the 4th Generation Combo test will test for both p24 antigen and HIV antibodies, it is adequate in detecting an infection any time from 28 days post-exposure onwards.

This test can be performed anonymously at our Robertson Walk, Singapore clinic only.

The 3rd Generation HIV Antibody-only Test will only detect for HIV antibodies in the blood or saliva. HIV antibodies can become detectable from about 14-20 days post-exposure. However, this process may take longer in some people.

In general, the Acute HIV Infection stage develops within 2 – 4 weeks after exposure to HIV.  Human Immunodeficiency Viruses will multiply rapidly, and start attacking the body’s immunity system by destroying CD4 cells. An individual will typically experienced Flu-like symptoms, rash, fever and other HIV signs and symptoms. HIV transmission risk at this stage is the highest. It as there important to go through HIV testing & screening quickly.

As the whole body is reacting to fight off HIV, one may experience a variety of symptoms affecting all bodily systems. Some other Sexually Transmitted Diseases STDs may display similar signs and symptoms to HIV. Comprehensive STD & HIV screening is available to diagnose those STDs.

During the Chronic HIV Infection phase, HIV reproduces at a lower level. HIV-related sign and symptoms will disappear. The immunity system will gradually be weakened and destroyed. It will take a few years before the HIV infection progress to Acquired Immune Deficiency Syndrome (AIDS) or the last stage.

If a person living with HIV is undergoing Highly Active Antiretroviral Therapy (HAART) or HIV Treatment, the infection at the chronic stage can be suppressed. The person needs to adhere strictly to HIV treatment regime.

At this phase, the CD4 for a person living with HIV has fallen drastically. In another words, the person immunity is severally damaged by HIV. With weak immunity a person is prone to get serious infections or bacterial and fungal diseases that otherwise be able to fight off. These sorts of infection and diseases are called Opportunistic infection (OI).

After HIV enters the body, HIV will reproduce rapidly and attack the body’s immune system. AIDS will develop when the immune system is destroyed. AIDS is a set of symptoms caused by HIV infection.

Early HIV testing, treatment and management can delay and even prevent HIV from developing into AIDS. Regular HIV testing can help an individual to determine their HIV status.

The chances of HIV risk will increase when you or your partner are infected with other Sexually Transmitted Diseases.

Please note that you cannot use information contained in this article or anywhere in this website to make medical decisions.

All medical queries should be addressed by your attending HIV Test & Treatment Doctor. 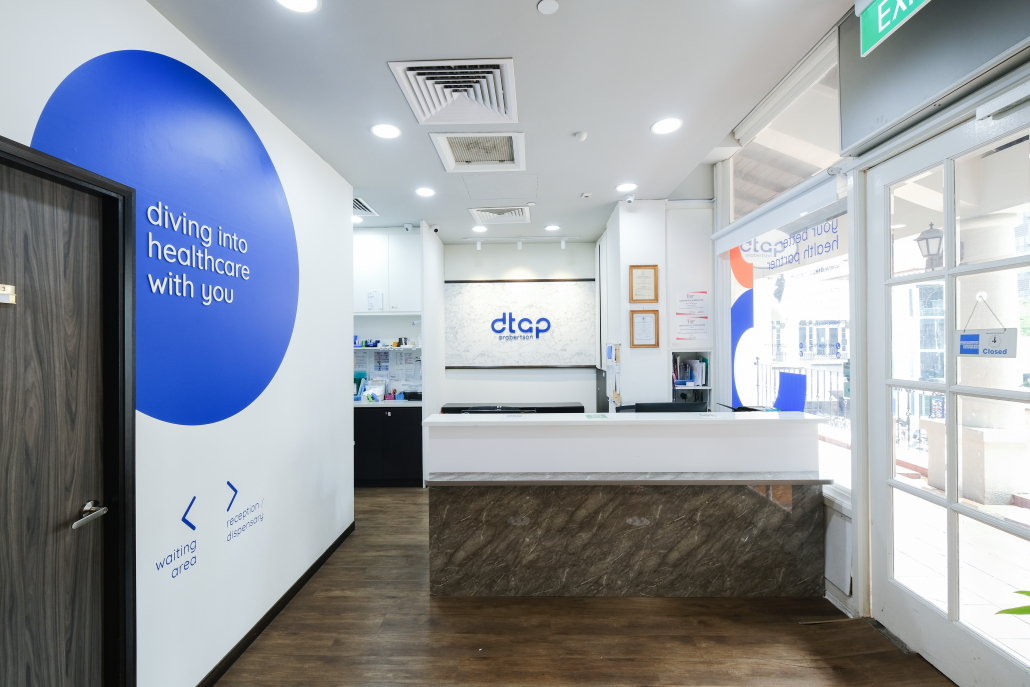 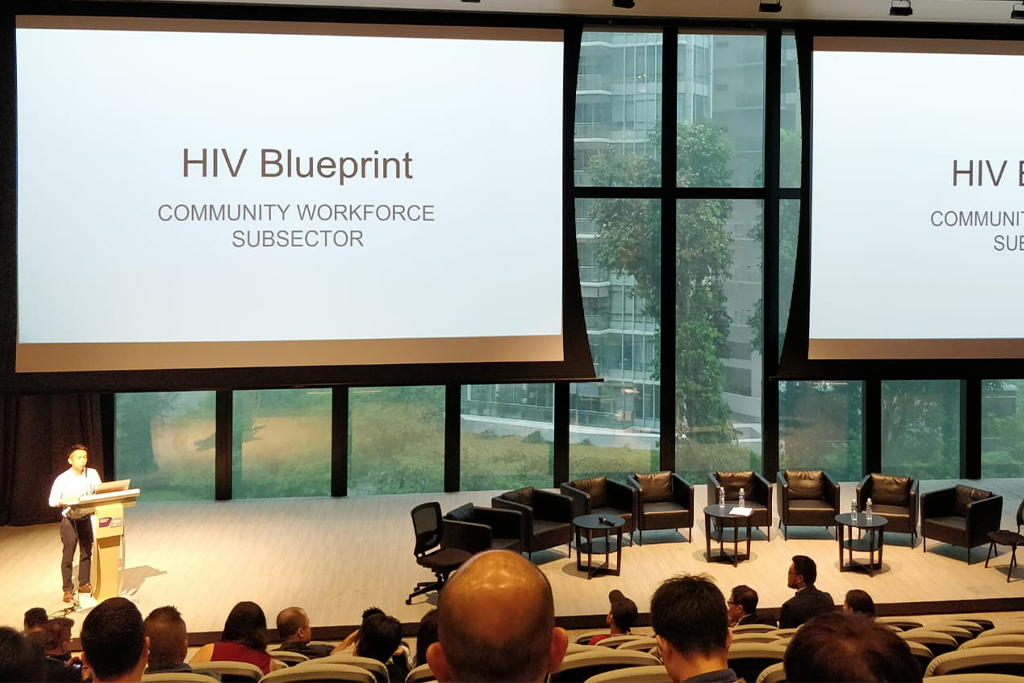