World AIDS Day takes place on the 1st of December each year.

The very first World AIDS Day was held in 1988 and this year is its 30th anniversary. On this day each year, we remind everyone in the world to unite in the fight against AIDS, show support for people living with HIV and remember the people who have passed away from AIDS-related illnesses. 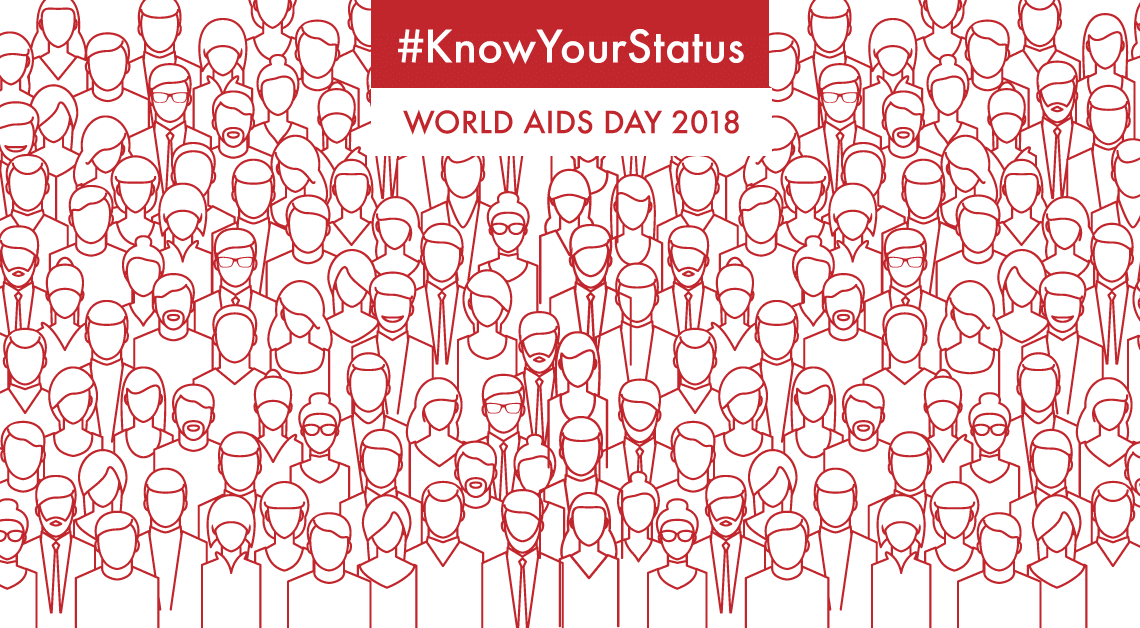 I remember the very first time I had to break the news to a patient who was infected with HIV in our Robertson Walk Anonymous HIV Testing Clinic. This was back in 2008 when I was still a young doctor wet behind the ears. This young skinny man came to my clinic for what he thought was a routine HIV test.

We chatted casually about this and that as I pricked his finger and placed a drop of blood on the test strip. The conversation flowed and we were laughing when out of the corner of my eye, I noticed something I had never seen before.

The positive test line on the HIV rapid test had appeared and was getting clearer by the second. Immediately my hands went cold and my smile vanished. The young man knew there was something wrong. “There is no other way for me to say this. Your test is positive for HIV.” I said remembering my lessons in medical school that the best way to break bad news is in the most factual and straightforward way you can. What followed was at least an hour of counselling, repeating over and over to him that the diagnosis was not the end of the world, that there was treatment, that there was hope for a normal life.

He eventually came back to seek treatment and I am happy to say as of today, he is leading a productive life, loves his job and is healthier than he has ever been,

The HIV virus was first discovered in 1983 and it initially swept across the globe unfettered claiming young lives at an alarming rate.

Doctors and healthcare workers were completely powerless to stop it. However, the healthcare and the patient community rallied and fought back.

Tests and treatments for HIV/AIDS were developed at a frankly amazing speed. Never in the history of mankind was an infectious disease as quickly and as comprehensively studied. Screening tools and protocols were soon developed for organ transplants and blood transfusions effectively eliminating HIV transmission via these routes.

Public health messages were developed for safer sex and injection drug use practices thereby reducing the rate of HIV spread.

Soon, the number of new HIV infections in the world started to stabilize as was no longer rising at the same initial astronomical rate.

There are now effective treatments for people living with HIV to lead healthy and productive lives with a life expectancy no different from the general population. HIV PrEP (Pre-Exposure Prophylaxis) is a new weapon we have to reduce the rates of HIV infection.

More people now have access to HIV tests and HIV treatments thereby expanding the efficacy of Treatment as Prevention as part of the strategy to fight the HIV epidemic.

In order for someone to go on HIV treatment, that person needs to know their HIV status. That is why this year’s theme for World AIDS day is Know Your Status.

Only when someone knows their status can they be linked to quality care and prevention services.

Unfortunately, there still exist many barriers to HIV testing. Not least of which is the ever-present stigma and discrimination.

People who have the courage to go for HIV screening can still be stigmatized as sexual deviants when they really should be celebrated as responsible adults.

There was once I diagnosed a young lady with HIV and made the horrible mistake of saying “At least it is not cancer.”

In my defence, what I was trying to convey the fact that HIV was not a death sentence anymore. But I regretted the words as soon as they left my mouth. Because she immediately fixed me with a deadly stare and screamed: “I wish I had cancer instead!” This shocked me to the core and really drove home the message of the horrible stigma attached to HIV.

Here is a young lady, barely in her 20’s who wished she had a deadly incurable disease that would make her suffer and die in months or years (i.e. cancer) than a chronic illness that is easily controlled by oral tablets (i.e. HIV). All because of the stigma attached to the diagnosis of HIV.

Singapore has made progress over the years in combating HIV stigma. However, we still have one of the most draconian anti-HIV laws in the world.

People living with HIV are allowed to visit Singapore as tourists but they are not allowed to find employment here, stay as permanent residents or become citizens.

Also, every Doctor who diagnoses an HIV positive patient is required by law to provide the patient’s details to the Ministry of Health.

However, since 2005, Singapore introduced Anonymous HIV testing services as part of its efforts to reduce the barriers to HIV testing.

At these clinics, patients can take an HIV test without having to provide their name, passport numbers, phone numbers or any other personal information. These HIV Anonymous testing clinics have been gazetted in the Supreme Court of Singapore to be excused, by law, from having to report HIV cases that they diagnose.

There is also a mobile van providing community-based HIV screening.

For this World AIDS Day, let us all join together in combating the HIV stigma and make HIV testing as easy and as commonplace as getting a blood sugar test. Let us all, regardless of race, language or religion get tested today.