Women have been the target for pregnancy troubles for so long that it is easy to forget the men.

In 30-50% of couples having infertility issues, male factors (male infertility) are at play, and nearly all the cases are related to sperm issues. The best way to investigate a sperm issue is with a semen analysis.

Read: Male Infertility – What You Need To Know 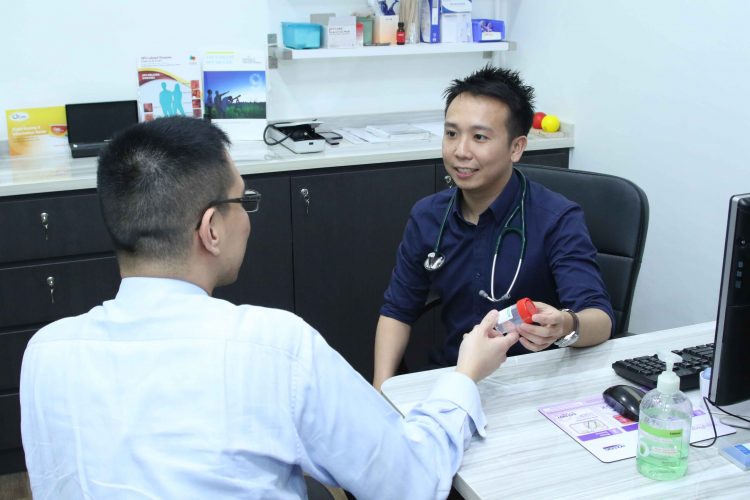 What is it – Semen Analysis

Semen analysis is testing your semen for its sperm quality.

What we mean is that the number of sperm should be adequate, the sperm itself has to look normal, and it must be able to “swim” by moving its tail. The DNA inside the sperm has to be normal as well.

Who Can Benefit from Semen Analysis?

If you are interested in just checking the health of your sperm, you can do this test as well.

What to Prepare for Semen Analysis?

Abstain from ejaculating for 3 days, but not longer than 7 days. The semen analysis is best examined between these dates.

How is the Semen analysis done?

The semen is usually collected by self-stimulation/masturbation into a sterile container.

As lubricants and even saliva can damage your sperm, the sample should be collected without lubrication.

You can either produce the sample at the collection venue, or you can do it in the comfort of your own home.

However, the sample must ideally be examined within 2 hours. 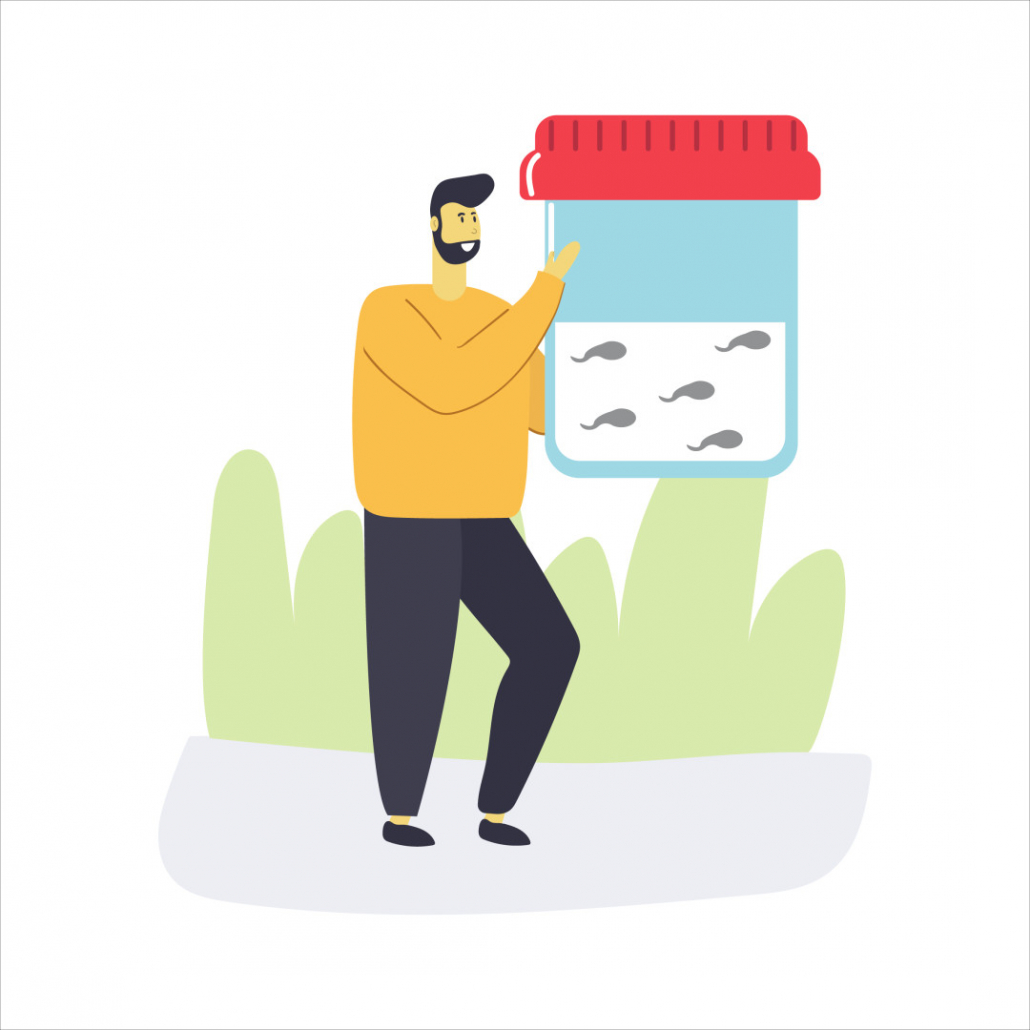 What are we looking out for?

There are a few parameters that we will look at.

We look at the pH or how acidic/alkali the semen is. It is important for semen to be slightly alkaline as the vaginal environment is acidic. (to protect the vaginal from bad bacteria).

The slight alkalinity of semen allows the semen to survive for longer in the vaginal canal.

Semen that is too acidic may kill the sperm or prevent fertilization.

Issues with pH may be due to blockage of tubes carrying parts of the semen.

The greater the volume, the higher the chance semen can spread over the female reproductive tract.

Semen is made up of fluid from the testes, seminal vesicles, prostate and bulbourethral glands.

Low semen volume may be caused by, absence or blockage of the seminal vesicle, an obstruction of the vas deferens, retrograde ejaculation, hormonal imbalance or stress.

An abnormally high volume may be caused by inflammation of the reproductive glands.

Within the same volume of semen, the higher the concentration of sperm, the more likely fertilization can occur as fertilization is (partially) still a numbers game.

Having a lower sperm count may indicate a number of problems, including varicocele, infection, chronic health problems like diabetes or inflammatory disease, duct problems, hormonal imbalances, and exposure to toxic substances.

Abnormally low sperm counts can also be caused by certain medications, recent illness accompanied by high fever, and exposure of the scrotum to heat.

Smoking, obesity, and excess alcohol intake has been linked to low sperm count. A complete lack of sperm (azoospermia) may be caused by a duct problem, a hormonal imbalance, or a problem with the testes.

WBC numbers are noted to be higher in patients with fertility issues than among fertile men.

It is thought that WBC damages sperm function. A marked increase of WBC may indicate an infection of the male reproductive tract.

Sperm viability refers to the percentage of live sperm in the semen sample.

This is important to measure if sperm motility is low, so as to differentiate between live non-motile sperm and dead sperm.

The same things that can cause a low sperm count can cause decreased viability.

The sperm must be able to “swim” to the egg.

There are 3 main kinds of motility.

Forward movement in either a line or in a large circle

This is the type of motility that is desired

Sperm morphology refers to the shape of the sperm cells. This test estimates the rough percentage of normally shaped sperm.

The head, mid-section and tail are examined, as well as the measurements and proportions between each.

Poor sperm morphology may be caused by the same things that can cause low sperm counts.

How can I improve my sperm count?

The first step is to mitigate the factors which may cause infertility.

Go for testing for sexually transmitted diseases, and get treated if you are positive for anything. Infections like Chlamydia and Gonorrhea have been known to contribute to infertility and scarring of the reproductive tract.

You can also boost your natural levels of sex hormones by exercising, losing weight, packing on some muscle, reducing your stress and thus cortisol levels.

Getting a good night’s rest every night can also boost your hormones. The aforementioned, in addition to smoking cessation, and alcohol consumption reduction, can also boost the quality of your sperm.

There are superfoods with high antioxidants that one can start consuming in larger quantities. Zinc and sselenium-containingfoods like oysters, beans, nuts, seeds and green leafy vegetables can provide your body with the necessary building blocks to make quality semen. Reducing your intake of processed foods is highly encouraged as well. There are some foods that you can consider reducing intake of. Foods like soybeans contain higher amounts of phytoestrogens, which act like the female hormone estrogen on the body.

There are some medications that affect your sperm count e.g. testosterone replacement/supplementation, chemotherapy, long term steroid use, certain rheumatic drugs, some prostate medications like 5ARIs and alpha blocked, among other drugs. If you are using these medications, speak to your doctor about their effects on your semen.

If you have been exposed to high heat, or experienced a high fever, it may take several weeks for your sperm counts to return to their normal. Avoid tight fitting pants and underwear and avoid constantly sitting on hot surfaces.

Try your best to avoid toxic chemicals if you are exposed to them at say your workplace.

Not only will living healthily boost your fertility, the general health benefits you will gain are a plus point as well. If you do have issues with infertility, seek medical attention. Let us doctors help you with bringing the next generation into this world!

Speak to our Male Doctor Today!

Come in to have a chat with any of our doctors to find out more about your
men’s health issues today!

Please call or visit any of our Men’s Health Clinics or
drop us an email at hello@dtapclinic.com.sg for an appointment.

Fill out the form below and we will contact you during our working hours.
For urgent requests, please call +65 6238 7810. 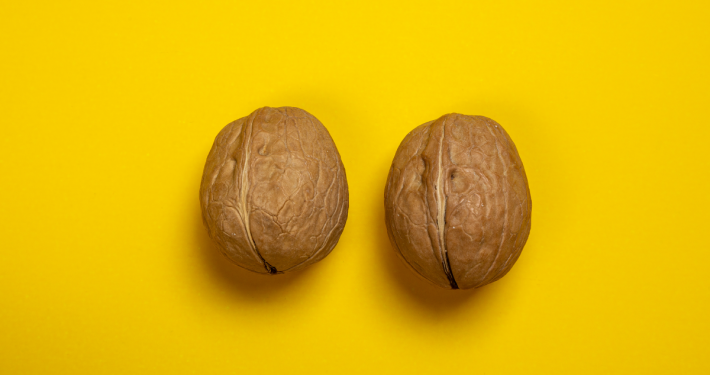